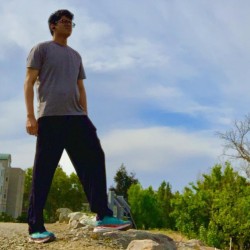 My summary of the paper “Deep Image Prior”. Original paper is here.

Priors can be explicit or implicit. Some examples of priors over “good images” are:

To find a candidate \(\hat{x}\) we need to maximize the log-Posterior. Doing so gives us an optimization problem:

Different priors will lead to different choices of \(R(x)\). Let’s call this the regularizer function.

An example - Explicit Priors in denoising

An example of explicit priors can be shown in denoising. In denoising, the good signal \(x \in \mathbb{R}^d\) is corrupted by the following process

Simply minimizing \(E\) will give us \(\hat{x} = y\) which is not a good solution for denoising. Therefore, adding priors may be helpful. Consider the following regularizer:

which promotes smoothness in space. Minimizing \(E(x, y) + \lambda R(x)\) will give a smoother solution for \(x\). Here is the output for a sinusoidal wave corrupted by noise.

Images generated from ConvNets have constraints. ConvNets capture the local and translation-invariant nature of convolutions, and the usage of a sequence of such operators captures the relationship of pixel neighborhoods at multiple scales. These are the priors built into the network that generates the image \(x\).

Given a ConvNet \(f\) with parameters \(\theta\) having some implicit prior, we solve the following problem:

where \(z\) is a random, fixed code vector. The local minimizer of this problem is obtained using an optimizer such as gradient descent, starting from a random initialization of parameters \(\theta\). Since there is no data to tune the parameters, the prior comes only from the structure of the ConvNets.

How are neural networks a prior?

After seeing the power of neural networks to solve complex problems, it seems that neural nets might fit to any image, including noise. However, the choice of network architecture has a major effect on how the solution space is searched.

In particular, “bad” solutions are resisted by the network and it descends much more quickly towards naturally-looking images. For example, these are the loss curves in a reconstruction problem:

We see that neural networks have a higher impedance to noise. In the previous case (reconstruction), the optimization is simply \(\arg\min_\theta \| f_\theta(z) - x_0 \|^2\).

In the limit, the ConvNet can fit noise as well, but it doesn’t so very reluctantly. The parameterization offers high impedance to noise and low impedance to signal. However, to prevent noise from overfitting into the ConvNet, early stopping has to be used.

Here are examples of how that would work in the image-space:

The ground truth satisfies the energy equation, and adding a conventional prior may tweak the energy so that the candidate is close to the ground truth. DIP has a similar effect, but it tweks the optimization trajectory via re-parameterization.

Here the ground truth image doesn’t satisfy the energy equation. If run for long enough, DIP will obtain a near-zero cost far from the ground truth. However, the optimization path will pass close to the ground truth, and early stopping can help recover a good solution.

How to “sample” from this prior

Although the prior is implicit, we can still draw samples in a loose sense. To do that, take different initializations \(\theta\) for the same code vector \(z\) and same architecture.

For example, this figure shows the outputs \(f_\theta(z)\) for two different initializations. Each column is a different architecture. Resulting images are far from independent noise and correspond to stochastic processes. There is a clear self-similarity in patches of the image across scales.

Since the parameterization presents high impedance to noise than signal, denoising is a natural application for this work.

The method also works for blind denoising where the noise model is not known. They simply use the loss

If the noise model is known, the loss function can be changed, otherwise one can use the default L2 loss. This allows to use the method in a plug-n-play fashion.

where \(d(.)\) is the down-sampling operator. Super-resolution is ill-posed because there are infinitely many solutions that give the same downsampled image. A regularizer is needed to select one of the solutions.

The data term here is:

Where \(m\) is the binary mask of known pixels, and \(\odot\) is the Hadamard product. Data prior is required here because the unknown region can be filled arbitrarily without affecting the data term.

For random masks with high dropout, DIP can fill the regions pretty well. It’s not supposed to work well for heavily-semantic inpainting (since there is no prior from a dataset) but it still works decent.

This is the set of images that result in the same representation in the neural network \(\Phi\). However, directly optimizing this can result in non-natural images with artifacts. This has been done using priors like TV prior or using priors from a dataset. Priors from dataset are often found to regress towards the mean. Therefore, learnable discriminator and perceptual losses are used in such works. That is not required in DIP since there is only one image to reconstruct.

Similar to the pre-image method, but here the image should maximize the activation of the neural network.

where \(m\) is the mask of a chosen neuron. This can be done at any level, even the final layer, which can give an idea of what images the neural network “thinks of” when it is associated with some class.

Given a target image \(x_0\) we use the denoising formulation to obtain a coarse image \(x_c\). The fine details are computed as

and the enhanced image is calculated as

No-flash images usually have higher noise than flash, but one might be interested in having noise levels of the flash image with style of the non-flash image. DIP can be used to generate such an image, and instead of using a random code vector, one can use the flash image as input.

More hyperparameters are in the paper.